You are here
Home > Travel > Kanyakumari etc. : A Traveller’s Account

Approached through a surreal landscape of wind farms, Kanyakumari is the ‘Land’s East’ of the Indian subcontinent, where the Bay of Bengal meets the Indian Ocean and the Arabian Sea. Chitrapurnima , the April full moon day is the best time to experience simultaneous sunset and moon rise over the ocean. Kanyakumari has great spiritual significance for Hindus, and is dedicated to the goddess Devi Kanya, an incarnation of Parvati. A tourist as well a pilgrimage site people in large numbers from all over the world come here to visit the temples and bathe in the sacred waters. 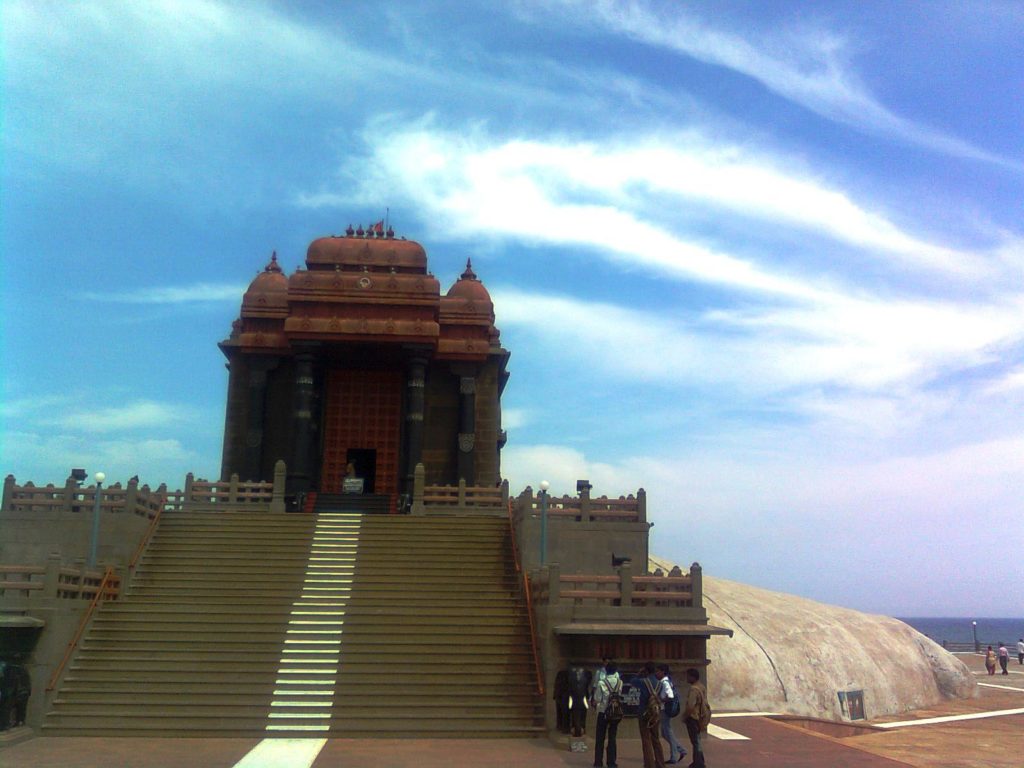 A temple dedicated to Devi Kanya, where devotees and visitors pay their thanks by worshipping the goddess for the safety and liberty she attained by conquering over demons single-handedly.

This striking memorial resembling an Orissan temple and with elements of Hindu, Islamic and Christian architecture in its design, was used to store some of the Mahatma’s ashes.

The memorial is situated on a rocky island about 400m offshore. Built in memory of Swami Vivekananda, it is said that Swami Vivekananda  meditated here in 1892 before setting out to become one of India’s most important religious crusaders. The mandapam, which was built here in Vivekananda’s memory in 1970, reflects architectural styles from all over India. Regardless of the number of pilgrims filing through the memorial, it remains a very peaceful and reverent place. From the island there’s a fine view back over the fishing harbour and to distant mountains and wind turbines.

The huge statue on the smaller island is not of Vivekananda but of Tamil poet Thiruvalluvar. It was erected in 2000 and honours the poet’s 133-chapter work Thirukural –hence its height of exactly 133ft (40.5m).