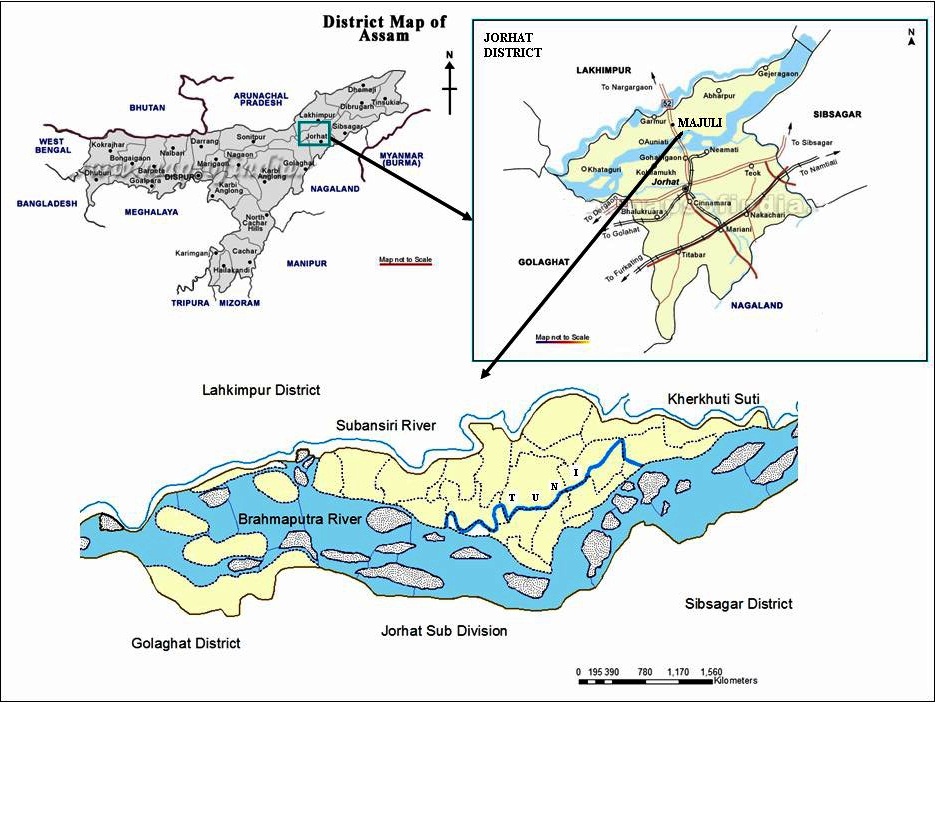 Majuli is home to the pristine cultural heritage of Assam and the Vaisnavite monasteries, popularly known as Satra. The Satras of Majuli possesses antique materials, items and resources.

The inhabitation in the island comprises of a mix of tribal groups and communities such as the Mishing tribe, the Deoris, the Sonowal Kacharis and the Ahoms. Commonly seen are the stilt houses where the tribal people reside. The houses are made from bamboo and placed on concrete pillars at a height of about two feet from the ground.

The climate of the island is characterized by subtropical monsoon climate. The four distinct seasons in the region are pre monsoon, monsoon, post-monsoon and winter. However, heavy rainfall is received during summer and occasional rainfall during winter. 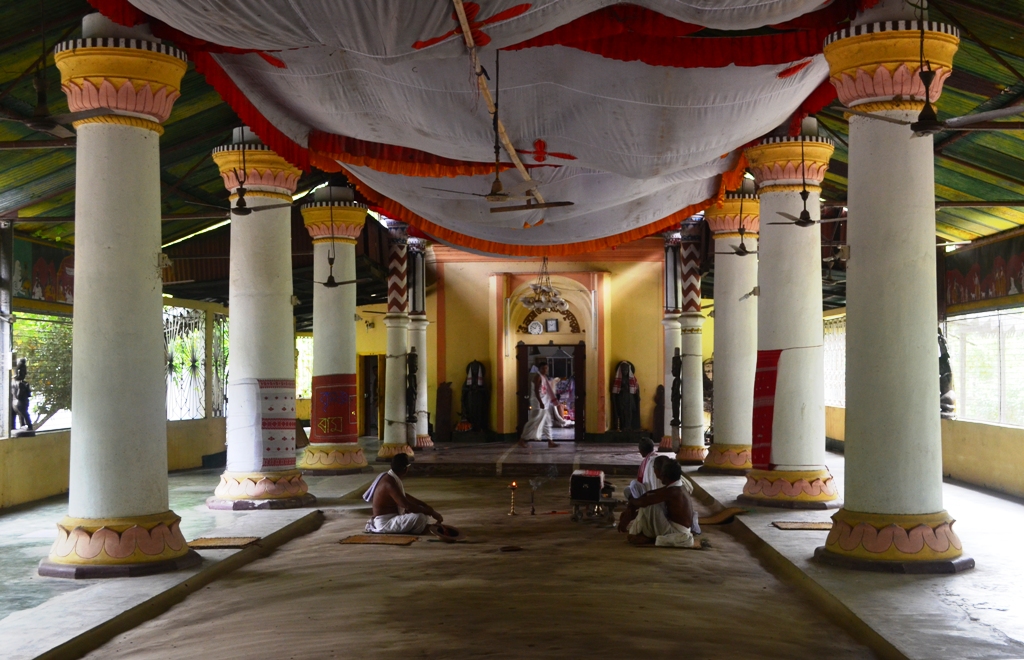 The island was severely affected by erosion since the occurrence of 1950 great earthquake that brought about astounding natural and geographical changes to the island and to the river Brahmaputra. The river bed swelled up due to deposition of silt and alluvium, resulting in severe erosion. It is reported that the original size of 1246 sq km is reduced to 924.60 sq km (1971 census) due to erosion.

It is very difficult to ascertain the year or the period of the creation of Majuli as sufficient and convincing records are not available to support the views in regards to its history. However, on the basis of certain geographical evidences and literary accounts, it may be presumed that Majuli took its island’s shape at least before the 13th century A.D. before Sukhapha’s arrival at the Brahmaputra valley in the year 1228. It was formerly known as ” Majali ” which was situated in between the ” Dihing ” and the Brahmaputra. Another chronicle upholds that Koch-king Naranarayana sent his brother Chilarai to extend his kingdom towards upper Assam region. Dr. D. Nath in his book ” The Majuli Island, Society, Economy and Culture ” described that Koch king Naranarayana had made his camp at ” Mojali ” (Majuli) and it was there at the camp, that he had received the tributes and present from the Ahom king Sukhampha alias Khora Raja (1548-1563), WHO was defeated in the war. Pre-historic reference mentioned that the original name of the present Majuli was known either as ” Majali ” or ” Mojali” and later in 1562, it was also called ” Luitor Majuli ” indicating the same area of Majuli prior to taking of its present shape. Another reference regarding the early existence of Majuli is found in ” Yogini Tranta ” that Chutiya king Ramchandra founded his capital in Ratanpur, Majuli which was perhaps washed away by the Brahmaputra. An early Assamese chronicle holds the view that during Sukhapha’s arrival at the mouth of Dikhow he observed an isolated area known as Haboung. The Bodo originated term “Haboung signified a low lying flood affected area. So, we might believe that the geographical picture of the land indicated no other than Majuli, a part of which falls in between the mouth of Dihing and Dikhow. Apart from such legendary beliefs and chronicler evidences. We have early historical references of Majuli and its land area mentioned by historians and other biographers. King Aurangjeb’s biographer Mahmad Kazim during mid-17th century estimated Majuli’s land area as 100 miles. A. J. Mafat Mills recorded in ” Report on Province of Assam” that Majuli island was extended to a land area of 2,82,165 acres in 1853. In another reference of British writer B. C. Allen in his “Provincial Gazetter of India” published during 1901, mentioned that Majuli’s total land area was around 185sq. Miles and its population was 35000 only. According to a British doctor John Peter Wede, the island was 160 Miles long and 60 Miles broad (1927).

However, on the basis of historical and literary references the present Brahmaputra was flowing to the north of Majuli as pointed out by Sir Edward Gait. The Brahmaputra, according to Gait “flowed down the course of what is now called the Luit river, along the north of the Majuli island while the Dihing followed the present channel of the Brahmaputra to the south of it, and after receiving the waters of the Disang and the Dekhow united with Brahmaputra at the western extremity”. (Credit: http://majulilandscape.gov.in/history.php)